Naresh has the world’s coolest mother – she wakes up at midnight, dons a miner’s lamp and goes to her field to harvest flowers. Will he be able to show everyone at school that she’s a hero?
Aparna Karthikeyan tells the story of Nandhini, a remarkable woman who juggles single parenthood and a sampangi farm in Sivagangai, Tamil Nadu.

Based on real events, this is a story about a woman who cultivates a cheery disposition and stubbornly pursues her daring, unusual dreams.

Prithvimahadevi is the daughter of the powerful Somavamshi king of Kosala. Her life is circumscribed by the rules that govern the existence of women of her royal family. She can only hope that she will marry a king whose power matches that of her ambitious father.

Instead she is married to her father’s enemy, the Bhaumakara ruler, Shubhakaradeva, whose way of life she finds alien and austere, and who worships strange gods. There seems to be no hope for her to fulfil her dreams of becoming a great queen-until suddenly one day, there is . . . But is she willing to play the game of sacrifice and betrayal that this will entail?

The story of this ninth-century queen of Odisha by award-winning historical novelist Devika Rangachari will keep you riveted.

Lakshmibai, the widowed queen of Jhansi, is determined to protect her son’s right to his father’s throne and safeguard the welfare of her kingdom. Faced with machinations to take over Jhansi, at a time when all of India is rising up against the British, she has to prove her valour and sagacity time and again. But will this be enough to save all that she values?

In this gripping novel, award-winning historical novelist Devika Rangachari brings to vivid life the interior life of this nineteenth-century queen, thrust into a position she does not desire but must assume, and of her son, who is cowed by the challenges he has to face but determined to live up to his mother’s courage.

1857 ad, British India. Thirteen-year-old Meera is on the run, escaping a life and a death she has no say in, while Indian soldiers rebel against their British commanders in the freedom struggle. As she finds her strength and confidence, she must choose between helping the cause of the mutiny for the greater future of the country, and her plans for her own secure future. Will she be as strong and fierce as fire as she writes her own destiny?

The Chowtas ruled over Ullal and surrounding areas of coastal Karnataka. Many rulers in this dynasty were women, and at least two carried the name Rani Abbakka. They have gone down in history and folklore as fearsome warriors who fiercely defended their tiny kingdom, and repeatedly defeated the Portuguese.This is the story of Abbakka III.

Abbakka grows up knowing she will rule over the kingdom one day—the one that was ruled by her grandmother Abbakka II and her mother Rani Tirumala Devi. Abbakka trains with all her heart in everything a queen needs to know, and never tires of hearing the tales of sea battles that her grandmother waged against the firangis. But Abbakka is also a young girl who loves adventure. She sets out on dangerous missions to track down spies on the seas. She accompanies her mother in a secret plan to outwit the Portuguese as they try to capture the kingdom’s precious pepper crop. And then there is the handsome, mysterious boy from Mangalore, who she likes enormously…

Steeped in the culture and history of the region, The Teenage Diary of Abbakka is the fictional diary of an unusual girl growing up during an exciting time—a girl who would eventually go to any lengths to protect and defend her kingdom.

Based on the actual five-month-long journey of renowned biker Candida Louis, Candid Tales: India on a Motorcycle rides off the beaten trail to discover eccentric and beautiful people (living and otherwise!), heart-warming cultures, and secret places in which she left her heart behind. In an age of fictitious super heroes, this book introduces the younger generation to a real live heroine of rare spirit and fearless heart, to inspire and electrify them to follow their dreams!

Dipa Karmakar was the first Indian female gymnast to compete in the Olympic Games. In 2016, she finished fourth at the event held in Rio. She grew up in Tripura and began learning gymnastics at the age of five. Read about her journey from Agartala to Rio.

Anna Mani was an Indian scientist who loved to read about the world around her. Peek into her eighth birthday party and follow her through her extraordinary scientific adventures. 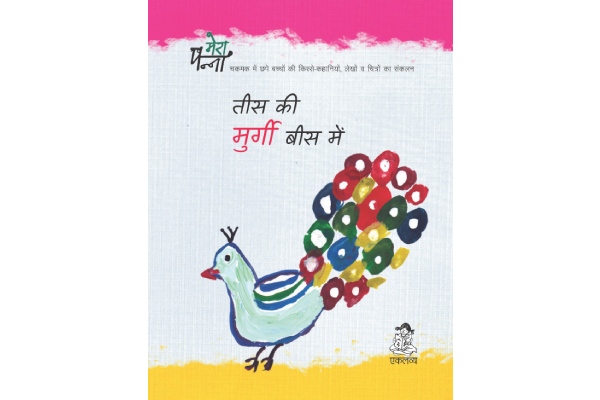 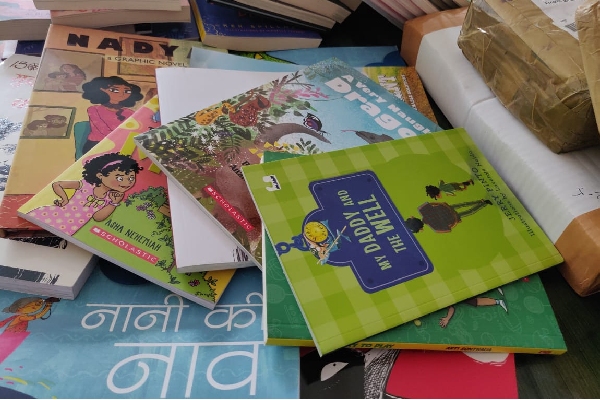