Librarians take the Kitablet plunge – training for a digital library

Blog By Jeevitha C Under Parag Library On 29 October 2019

Kitablet, the digital library platform is in its third academic year of implementation in Jawahar Navodaya Vidyalayas (JNVs). In the first academic year 2017-18, Kitablet was piloted in three JNVs in Karnataka. In the academic year 2018-19, the program was implemented in 20 JNV schools each in Hyderabad and Shillong region. This academic year 2019-20, in addition to the Hyderabad and Shillong regions, the program is being implemented in three new regions – Chandigarh, Pune, and Jaipur. The implementation is initiated by training the librarians over 2 days about Kitablet and their larger role as librarians in the digital library space. I have recounted few key takeaways from the training sessions held until now.

I anticipated the librarians to be weary of these types of training. To my surprise, they were excited and thrilled to be part of the training because there aren’t any special training programs for the librarians. This was also an opportunity to meet their librarian peers. Most librarians were almost twice my age and have been part of the Navodaya system since its conceptualization. I was apprehensive that I might not be taken seriously. But, they came with an open mind and a willingness to learn.

The librarians had no qualms to accept the introduction of a digital library. Few feared their relevance in the digital library space, while more were optimistic about the way forward in the world of libraries. They saw the digital library as an advantage over the physical libraries for the following reasons – children can access a wide range of books which the physical library cannot always accommodate, there would not be wear and tear or loss of books, they needn’t spend time in issuing books, and multiple students can access the same book at the same time. More importantly, Kitablet paves the path for librarians’ entry into the smart class, a space that until now was exclusively used only by subject teachers.

Some librarians, irrespective of age and ease with technology are looked at digital reading as a way forward and embraced it. They were keen on installing Kitablet on their laptops or mobiles. The younger librarians who are tech savvy did a demo installation to help others. We felt that we were creating a channel of communication for them as a group through the sharing sessions in our trainings. They were collaborating and discussing solutions that have given them results and also worked together to come up with new solutions for their library and school. These conversations then followed to the WhatsApp groups post training. I know now every time I open my WhatsApp there are will be no less than one JNV librarian who has shared photos of using Kitablet. Their confidence to use smart class infrastructure is rising with many of them conducting Kitablet sessions as soon as they go back to school from the training.

In one of the training sessions, the librarians got nostalgic about their journey as readers, and that resulted in them thinking of ways to get students reading for pleasure. Many of them read books in the training after many years and others amazed us with the number of books they’ve read. In JNVs, students have limited sources of entertainment – playing sports and reading in the library are primarily what they do in their free time. While in the library, students read newspapers or magazines. The story books are accessed only during library hours. The librarians also felt that Kitablet’s curated collection, which includes Indian literature, will make reading joyous for children who can connect it to their context. Given the situation, librarians see Kitablet as a suitable option for students to engage in their free time. They are of the opinion that students will be drawn to Kitablet due to the technology aspect, the ready availability of books and Indian literature suited for JNV students in 6th to 8th grades.

Librarians are optimistic to make Kitablet part of the regular school schedule. They do see some challenges in implementation, however they are positive that they can slowly bring about the change in reading habits of students. This experience has reiterated to us the perseverance and dedication the librarians have and more importantly, their love for books and students. Kitablet is a curated resource that librarians and students can use to access good literature to inculcate the habit of reading. After interacting with these enthusiastic librarians, we are confident that we can get children reading for pleasure. 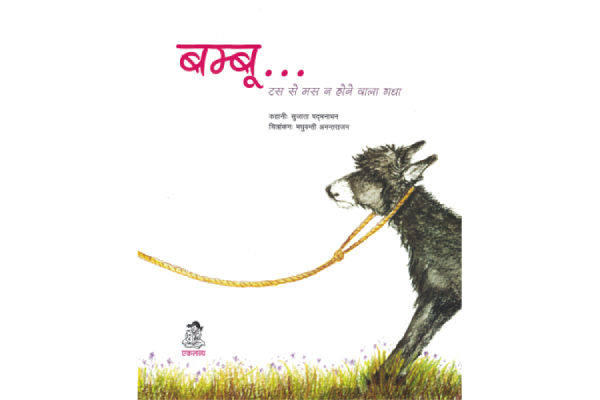