Blog By Vikas Kumar Under Parag Library On 19 March 2019

For 11-year-old Kiran Babu, story time is the best time of the day. Walking into the school library, she picks up her favourite book: Hosa Sweater (meaning ‘new sweater’ in Kannada). It is the story of a ragpicker who dreams of buying a sweater, and how she finally saves enough money to get one.

Kiran and her friends attend the Venkatesh Nagar Higher Primary School, a government school in the Yadgir district of Karnataka. The library here is one of 100 set up by Kalike, an associate organisation of the Tata Trusts. Kalike, which translates into ‘learning’ in Kannada, drives several education programmes for the Trusts.

The library programme has been conceived and developed by Parag, a separate Tata Trusts initiative. Its effort is directed at using the transformative power of reading to ensure that children across India can appreciate and enjoy reading, especially in diverse vernacular languages. Parag’s three-pronged model of sourcing, publishing and disseminating children’s literature is at the heart of the Parag library programme.

The programme’s aim is to inspire children to read for pleasure and encourage them to learn and reflect through contextual, multilingual and age-appropriate books. The libraries cater to children studying in government schools, the majority of whom register low on reading because they lack access to good books and libraries.

“Government initiatives have succeeded in ensuring children go to schools, but many of them struggle to read,” says Swaha Sahoo, who heads Parag. One reason is that they do not enjoy reading what’s prescribed. Many of them are first-generation school goers with little incentive to take their reading beyond the mandatory textbooks.

This is the challenge Parag has taken on by introducing curated and diverse children’s literature through its libraries. “Our libraries give them space for conversations, creativity and critical thinking,” adds Ms Sahoo.

While Parag has been technically supporting other nonprofits and schools to set up and run children’s libraries, it got into directly implementing a library programme with a pilot in Yadgir before extending it to Rajasthan. After a successful run over the past 30 months, the initiative is now being rolled out in 259 schools in Uttar Pradesh. Parag also supports libraries across Jharkhand, Gujarat, Madhya Pradesh and Maharashtra.

Yadgir, where Parag works with 100 schools, was the laboratory for the project. The first step was to convince the headmasters of the schools to allocate a room for setting up a library, and then to incorporate weekly library classes in the students’ study schedules.

“They gave us their worst rooms initially,” says Gajendra Raut, a programme manager with the Trusts. Kalike converted the dank and often dingy rooms into usable spaces. To ensure children’s participation and ownership, Parag invested in collaborative art. An artist was invited to paint one wall of a library and involve children, teachers and library facilitators in the process. Child-friendly furniture and open book shelves provide easy access to the books.

The libraries are spaces for children who can read as well as those who cannot. “Story books are for everyone and even when children do not know how to read the text, they can read the pictures,” Ms Sahoo explains.

Plenty of emphasis is placed on discussions. For instance, before a ‘read aloud’ session, children are encouraged to share personal experiences related to aspects in any given story.

Making the library programme sustainable has been another important goal. In all 100 schools Parag has ensured that library classes become a part of school timetables. “This is vital because no fixed classes mean no accountability,” says Girish Harakamani, programme director, Kalike.

In 40 schools, Parag has given dedicated library facilitators. These facilitators will eventually hand over the library management to the teachers. In another 60 schools, the library teacher in charge has been trained to manage the library, the borrowing and lending, and conduct reading sessions with students.

Parag is ensuring that the school library is a place where children come to read, share and discuss stories, participate in activities and generally enjoy the learning process. Children have been reading books more frequently, which has led to improved communication skills, better comprehension and an overall rise in interest in the world around them.

The government school in Venkatesh Nagar is an example of the influence of a vibrant library. Chosen to be part of the library programme in October 2016, it has 112 students, most of them first-generation school goers from the Lambani tribal community. Only about 30% of the children used to complete their homework previously but that has changed.

“The children didn’t do their homework because they have to help with chores in the fields, cooking or tending to babies in the house,” says headmaster Kanakappa H Dasar. Their parents needed convincing, and more, to get them to send their wards to school. “We sometimes had to threaten them with police action to ensure that their children came to school.”

Nagaratna G, a 35-year-old library teacher, says that at first the students were reluctant to attend the ‘extra’ library periods. “They said they already had too much homework; now they compete among themselves to read more books.”

What’s truly remarkable is that, inspired by the impact the school libraries have had on the children, the communities they belong to have been coming forward to open libraries in their villages. The first such public library, funded entirely by the locals, has opened in Chintakunta village.

Rajasthan is another state where Parag has implemented the library programme. In Pali district, the Parag team has been at work for two years — along with local partners Centre for Microfinance (CmF) and Bodh Shiksha Samiti — to establish libraries in 50 schools. This programme has a literacy component as well, which helps inculcate the reading habit in children from an early age.

Poverty is the biggest challenge in Pali. The villages here are populated by people of the Garasia tribe and they often migrate with their children in search of work (school attendance is 50-60%). With the literacy rate in the region under 50%, getting qualified teachers is difficult.

“Almost all of the children are first-generation school goers,” says Vijay Singh, general manager of CmF. “We struggled to persuade school headmasters of the usefulness of the libraries.” Then there was resistance from teachers who believed that issuing books to the kids was a risk as they would damage or not return them. “We said we would take responsibility for that.”

The success of the libraries demonstrates how classrooms and textbooks can be supported and supplemented through children’s literature and a habit of reading. The libraries open new avenues of learning and thinking and are enabling children to read their way to an educated and improved future.

Anjappa A, a Parag-trained library educator at the Chintakunta Government higher primary school in Karnataka’s Yadgir district, did not know what a library was before he got the job in mid-2016. The 24-year-old has come a long way since. He launches into a ‘read aloud’ session for children with the help of an illustrated storybook and keeps them engaged.

Mr Anjappa gets an honorarium every month, which helps him fund his ongoing studies for a bachelor of education degree. He, like the other library educators, is required to attend a monthly library review meeting to share ideas, best practices and data, and help draw up session plans for the new books.

The active involvement of its teachers is one reason the library in the Chintakunta school is producing positive results. “The reading flow and comprehension of our students has improved,” says Majunath Hanawal, who teaches classes I to III at the school.

The children pick up new concepts and information from the newspapers and books in the library. They even bring out a monthly handwritten magazine of their own. Most of the 317 students at this school come from low-income farming households.

Mr Devendrappa, 45, and his wife Sharanamma, 36, never went to school. Their 12-year-old, Narsappa, studies in class VI. Having read around 10 books he borrowed from the school library, Narsappa promptly recounts a favourite story, Ekki Dokki, when asked. “He is happier reading story books,” says a proud Mr Devendrappa. 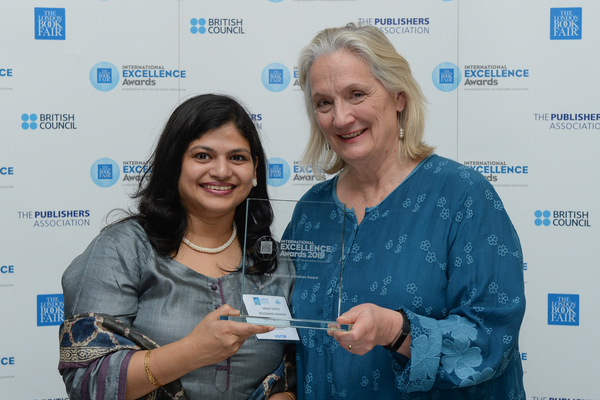 Parag won the award in the ‘educational initiatives’ category. The Parag initiative was launched by the Tata Trusts in 2005-06 to support the development of, access to and use of children’s literature in Indian languages, to promote reading among children. 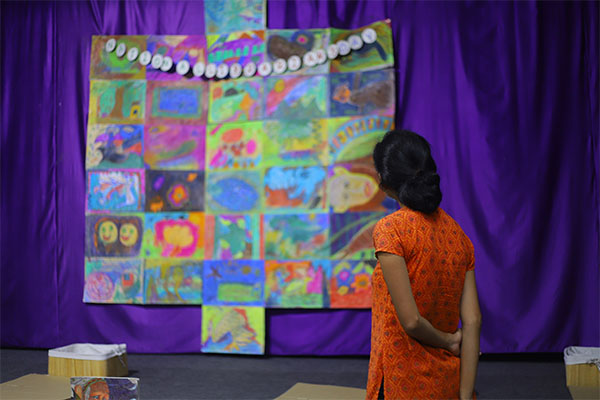 Beyond Classes at the Library Educator’s Course

Our second contact classes for the 2018 batch of Library Educator’s Course (Hindi) began on Independence Day at Bhopal. Being in the library is indeed a sort of independence. And this time the beginning was not with a gathering, formal hellos, games or feedback.