Blog By Lakshmi Karunakaran Under Parag Nurtures On 01 July 2020

Beginning a new six-part series of writing which shares the work of library educators in their on-going pursuit of strengthening libraries for children at all times. All contributors are alumni of the Library Educators Course offered by Bookworm Goa and are active library leaders in their areas of work. The series will offer a range of contexts, themes and geographies in the hope of broadening the community of people who understand that libraries are a way forward for learning and life. For feedback, please email [email protected]

I am a library educator working at the Buguri Community Library, the children’s program at Hasiru Dala, Karnataka. The library is primarily for children who belong to the community of informal waste collectors.

About a year after we started the library, there was a gruesome murder in the community in a public space. A 20-year-old boy, high on drugs, stabbed another young boy to death when he refused to lend him money. A few children from the library were witness to this incident. When they met me a few days later and we opened a conversation around the incident, they seemed to have some displaced emotions in terms of how they recalled the incident – a few children laughed about it and found it funny; for others there was a sense of acute fear and for a few there was a tendency to hero worship the murderer.

I resisted giving a moral lecture and instead wondered how the library could respond to this situation and whether picture books could be used to help children understand their own emotions and build empathy for others. I reached the Library Educator’s Course, run by the Bookworm Library in Goa in April 2018, with these questions. The course provided me with access to a wide range of picture books, theoretical readings, discussions and assignments that gave me a deeper understanding of picture books and their potential.

Reading is not merely the act of reading, it is a way to understand, decipher and internalize the world we live in. Denise von Stocker writes: “Reading from a global point of view, is a very complex activity which is not merely decoding a text, but it entails too the child’s capabilities to understand what he has just read, to integrate it in his own context and personal experiences by analyzing it in a critical way so he is able to take a stand on what he has read. Only this kind of complete and deep reading education will take children towards a real, integrated literacy.”
These words stayed with me.

The role of the library educator then is critical – it is not merely to give access to books, but also to nurture children’s socio-emotional and cognitive growth. I planned the project for a five-week period by selecting mostly Kannada books the children were familiar with. I chose books that explored particular emotions such as happiness, sadness, surprise, shock, anger and disgust. I chose these books to show the different ways in which the main character was able to resolve conflict. For example, in Angry Akku2 the character resolves her fit of anger by drawing and speaking about the cause of her anger, as opposed to escalating violence or showing silent resentment. In Sam’s Christmas Present3 Sam shows emotional regulation when he decides not to open the Christmas present that he was looking forward to so eagerly and decides to wait and open it only on Christmas Day. Both Aana and Chena4 and Rupa the Elephant5 set positive messages of body image and self-appreciation. While I was working with emotions, I was careful not to choose books that had forced ‘moral messages’.

Each session included quiet browsing time of curated books, individual or small group reading, a read aloud by the library educator and group activities related to the book. Small rituals such as a colouring activity that depicted the children’s mood for the day and group singing at the end of the session helped create opportunities for integration and built comfort among children.

Art as a medium to express

After the first few sessions, I realized that there were a few children who were very enthusiastic to share their stories, while others remained shy. Art then, became a medium for these children to start expressing their feelings. Some shy children remained intensely involved in their drawing, in most cases, withdrawing from the group and working alone. This was particularly true when there were sessions that discussed difficult emotions.

Creating a space to heal

The most vital element of creating a space for sharing is building a circle of trust. Within the group there were conflicts that spilt over from community life and also gender related issues. It became critical that the discussions in the group didn’t escalate these differences. Instead they became a space for friendship and healing. Group activities, games and singing together, helped children bond more organically.

During the sharing, I decided to listen and to minimize my own comments on their feelings, especially when related to children’s homes and close relationships. I also refrained from conflict mediation. If conflicts came up, they were just a part of the sharing. I worked with the children to build this understanding. Also, children were encouraged not to make unwarranted comments when others shared their stories. One of the ground rules was to give everyone the space to talk, not to interrupt while someone was talking within the circle and to try to become good listeners.

Social and emotional learning helps centre a child’s mind and body. It reduces tension and allows children to become open to learning. My experiences and findings from this project showed me that the library can address the emotional needs of all children, including those who are ‘at risk’ or/and are from marginalized communities.

Work that began with this field project continues at the library. We currently run a full-fledged Creative Arts Therapy program that addresses the needs of adolescents and pre-adolescents and is expanding to other such communities. Books and reading remain an integral part of this program as well. Last year as a part of the program, the children produced two bilingual books. Oota Aithya is an illustrated recipe book created by adolescent boys; Aye Reena is an illustrated book deciphering menstrual rituals in the community created by the adolescent girls at the library.

Children’s books are an excellent medium to achieve social and emotional development by encouraging children who are unused to expressing their emotions in non-aggressive ways. An intervention that creates positive and safe spaces for expression of emotions adds great value in the emotional and psychological well-being of the children. This needs to go hand in hand with the library reading program, creating conditions that allow children to calm themselves and build the readiness and openness to learn and understand the world that they inhabit.

The author is an educator based in Bangalore. She can be reached at [email protected]. 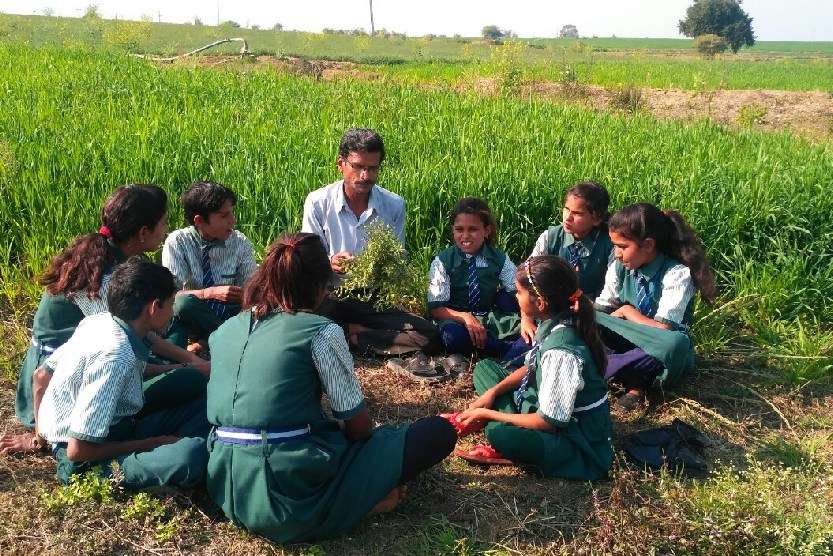 From Reflective Teacher to Best-selling Author

Whoever thought learning Math and language could be fun? Manoj Sahu, a teacher from Pacchwada in the Hoshangabad district did… 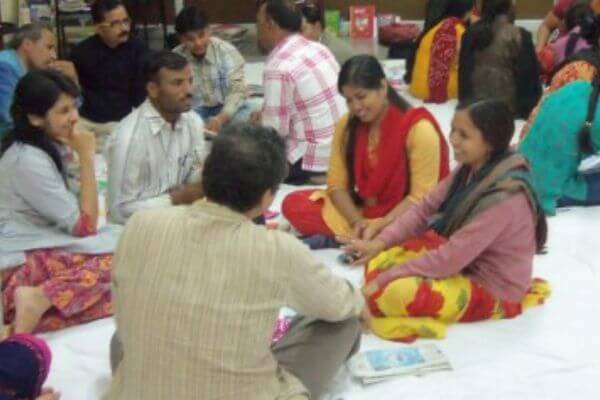